When people consider studying abroad, Canada always comes to mind, along with US and UK. In 2019, Canada had 642,000 international students and became the 3rd most popular destination for overseas students.

If you are planning to study abroad, you might want to take a look at what Canada has to offer.

Why Study in Canada

Great career prospects after graduation are also one of the main reasons why Canada is so popular as a destination for international students.

Post-graduation work permits allow international students to stay and find a job in Canada after they complete their studies. They can, thus, gain invaluable professional experience in Canada.

Another great news for overseas students in Canada is that research and development in fields, such as medicine, agriculture, and technology, are well-supported by the Canadian government. International students can continue to pursue their intellectual passions after graduating from universities in Canada.

As a multi-cultural country, Canada has been home to people of various backgrounds. The Canadian population is comprised of First Nations people, people of European descent, Indians and Chinese. Many of the international students who study in Canada, on the other hand, come from India, China, South Korea, France and Vietnam.

For this reason, the Canadian government works hard on enhancing cultural diversity and welcome foreigners. Some of these measures include:

While studying in Canada, you can still explore your identity and learn about other cultures.

Canada is famous for its safe public spaces with lower-than-average criminal activities. It ranked 10th in the 2021 Global Peace Index and has been among the top 10 since 2013.

So are the living costs. Although living expenses do vary from city to city, they usually range from CAD$1,015 to CAD$1,170 per month without rent.

Not only are the tuition fees and living costs much more affordable in Canada, but international students are also allowed to earn money as well. They can work up to 20 hours a week during the semester and work full-time during breaks.

The best thing is you don’t need to go through the tedious application process for a student work permit. The study permit is enough for any international student in Canada.

As a country that encourages cultural diversity, Canada doesn’t shy away from immigrants. PGWPP opens up the way for international students to gain work experience that can later help support their permanent resident application.

Best Cities to Study in Canada

Another reason Canada attracts so many international students is its vibrant and diverse cities. The best cities to study in Canada are Montreal, Toronto, Vancouver, Ottawa, Quebec, Victoria and Calgary.

The following is a brief introduction of each city that can help you decide which is the best place to study in Canada. 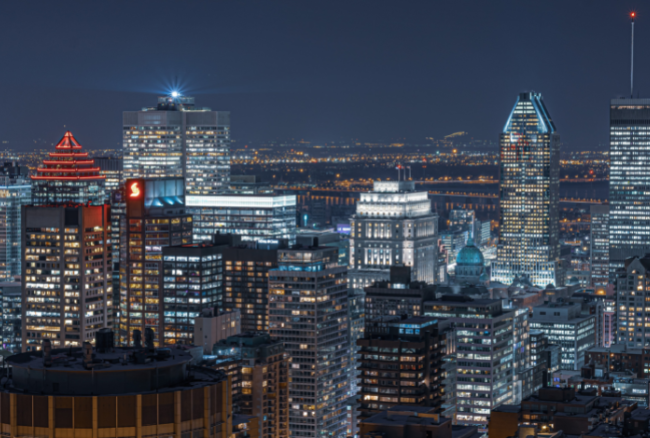 Hailed as Canada’s cultural capital, the French-speaking Montreal is definitely one of the best destinations for international students who wish to study in Canada.

Montreal provides more than a vibrant, cultural, friendly and diverse environment. It is also home to two top Canadian universities: McGill University and the Université de Montréal, where you can receive the best education.

The living cost in Montreal is roughly CAD$1,100 for international students without accommodation. 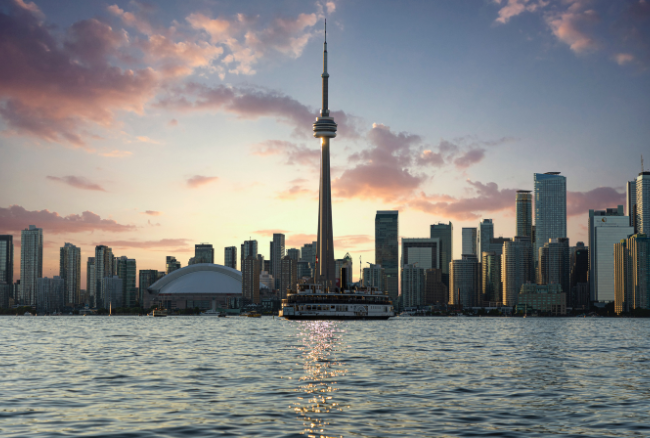 Toronto offers international students a chance to explore and interact with its diverse people and culture. It’s a friendly, smart city that provides you with ample work opportunities. A thriving financial center, Toronto provides not only opportunities in the finance sector but also in media, tourism and information technology.

University of Toronto, located near Queen’s Park, is the best research university in Canada and ranks 26th worldwide.

However, the living cost for international students in Toronto is slightly higher, CAD$1,262 for everything except the house rent. 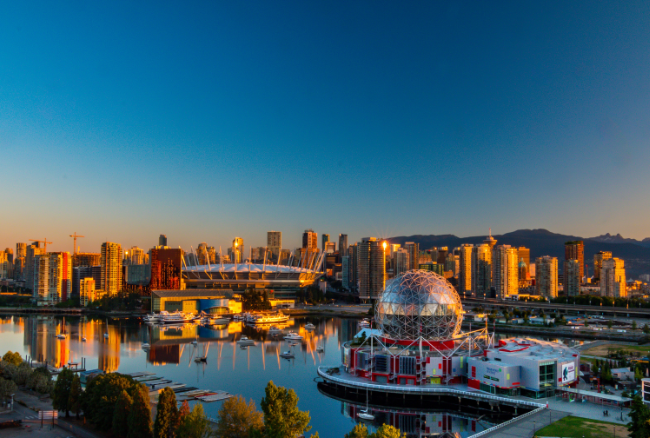 Vancouver is a great destination for international students who enjoy outdoor activities. There are beaches and mountains nearby.

Close to downtown Vancouver, University of British Columbia is one of the top research universities in Canada and ranks 46th across the world.

For an international student, studying in Vancouver costs them about CAD$1,166 without accommodation. 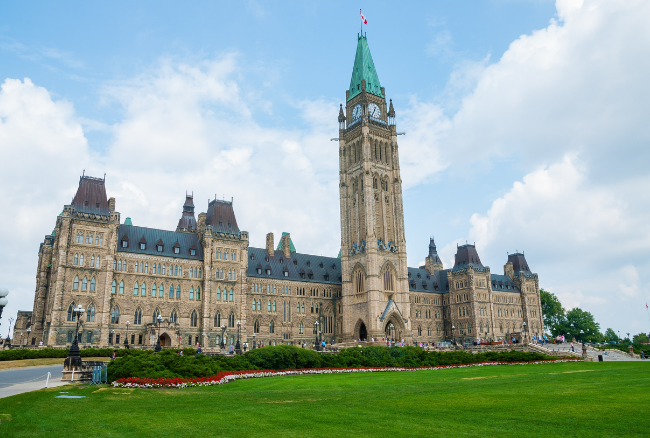 A multilingual city, Ottawa residents are fluent in both English and French. But Ottawa is much more diverse than that with over 20% of its population being immigrants and international communities blooming in Ottawa. Many historical and cultural spots can also be found in Ottawa, such as the Canadian Museum of History.

Ottawa is home to University of Ottawa, in which 7,000 international students from 155 countries chose to enrol.

To live in Ottawa, international students need to spend about CAD$1,198 per month, excluding house rent. 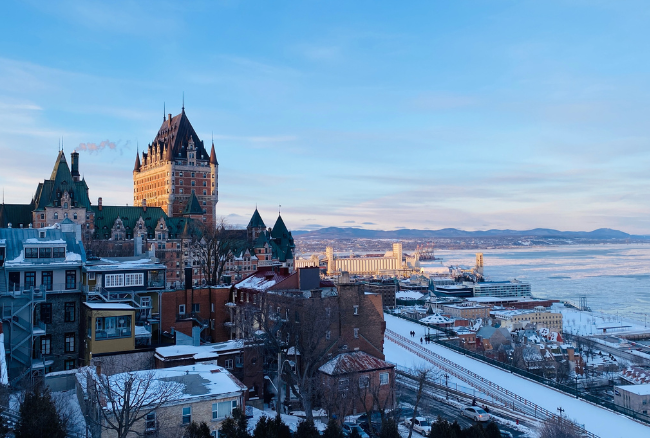 Founded in the early 17th century, the French-speaking city Quebec has a rich history and is full of historical spots of interest, such as Old Town and Château Frontenac. It is also a popular study destination for many international students.

Universities in Quebec are primarily taught in French, including Université Laval and Université du Québec.

If you wish to study in Quebec, you will probably need a monthly budget of CAD$1,105, without rent. 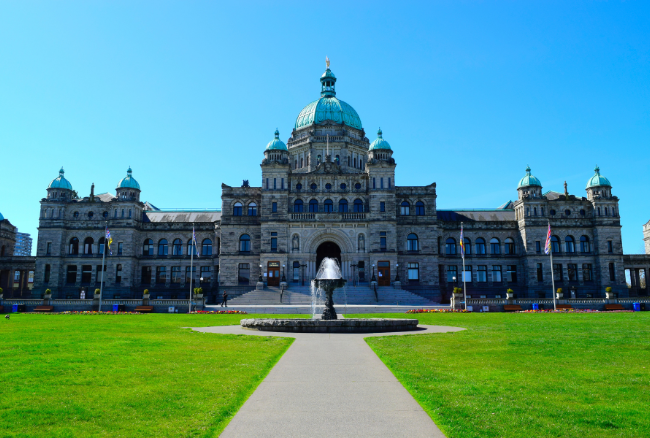 Victoria, the capital of British Columbia, is located on the tip in the south of Vancouver Island. Its architecture, including gardens, museums, squares, etc. reflects Canada’s colonial past.

An international student will probably spend around CAD$1,288 a month without rent. 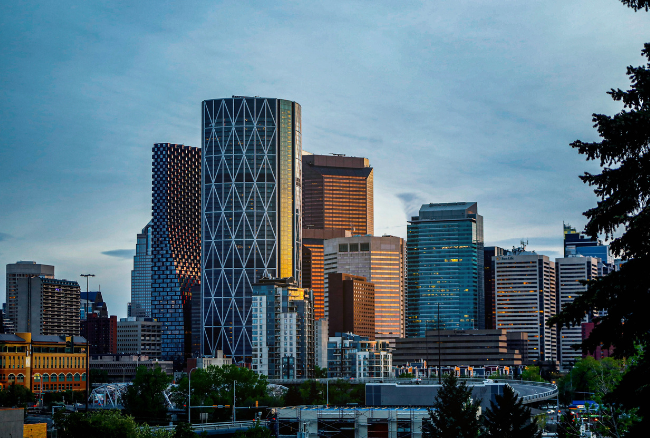 Calgary, a vibrant city in the south of Alberta, is the 4th-largest city in Canada and has a diverse population, with residents speaking around 150 different languages. It’s also an ideal study destination for international students who like skiing as it is close to the Rocky Mountains.

Although not ranking top 150, University of Calgary is known for its research on sports-related subjects, veterinary science, archaeology and physical sciences. It is, thus, the best place to study those subjects for any international students.

The living cost for international students is, without rent, approximately CAD$1,300.

What is a post-graduation work permit?

The post-graduation work permit gives international students a chance to stay and find a job in Canada for 8 months up to 3 years after graduating from a post-secondary education program that lasts for more than 8 months.

Who is eligible for a PGWP in Canada?

To be considered as a candidate, you need to:

What do you need to apply for a PGWP in Canada?

It’s better to renew your passport and make sure it won’t expire for 3 years before you apply for aPGWP in Canada as an international student.

2. Evidence that you have attended and completed your program and information about the program (length and name)

You can submit any of the following for evidence that you have attended and completed a program as an international student in Canada:

Your study permit needs to have been validated at some point within the 180 days immediately after your graduation for you to be eligible for a PGWP in Canada.

If your student permit expires before you receive your marks or diploma, you can either

The Canadian government will still grant you a PGWP if your passport will expire before your PGWP, but they will issue one that expires at the same time your passport does or inform you that you need to extend your PGWP. You might end up not taking full advantage of Canada’s post-gradation work permit program or needing to complete additional paperwork.

People that are not eligible for a PGWP:

Study in Canada with the Help of Intake

We at Intake offer the most professional help with your school application for any program in Canada. Book a one-on-one session with our advisor and work out how to best help you become the best version of yourself.