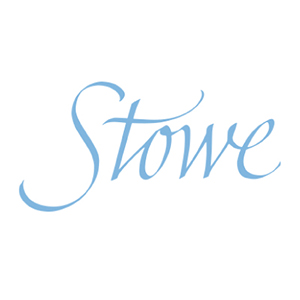 Stowe School is an independent school at Stowe, Buckinghamshire, England, in the British public school tradition. It opened on 11 May 1923, initially with 99 schoolboys, and with J. F. Roxburgh as the first headmaster. The school is a member of the Rugby Group, the Headmasters' and Headmistresses' Conference, and the G30 Schools' Group. Originally for boys only, the school is now coeducational, with some 550 boys and 220 girls.

It is considered one of the most prestigious schools in the world with its own golf course, 1000 acres of land, top-end Science and Music facilities with a stunning stately palace. The school has 15 houses: Bruce, Chandos, Chatham, Cheshire, Cobham, Grafton, Grenville, Temple, Walpole, Lyttelton, Nugent, Queens, Stanhope, West and Winton. Cheshire and Winton are newly opened 'day houses' primarily just for day-pupils though day-pupils do not need to be in these new houses.

The school has been based since its beginnings at Stowe House, formerly the country seat of the Dukes of Buckingham and Chandos. Along with many of the other buildings on the school's estate, the main house is now a Grade I Listed Building and is maintained by the Stowe House Preservation Trust.